Who’s a fan of Ji Chang Wook in action/thriller dramas? *raises a whole platoon of hands*

It isn’t surprising that a good action drama currently doing well with it’s viewer ratings, has Ji Chang Wook as it’s male lead. The actor scored the hearts of several kdrama fans (especially women) with his brilliant performance in Healer, next to Park Min Young. His latest drama, The K2, brings forth even better acting skills and action scenes from this well-loved actor.

The K2 is the story of Anna, who is the hidden child of a powerful presidential candidate, Jang Se Joon. She has been hidden from the world since her mother’s fatal suicide attempt, which gets her shipped off to some catholic church in Italy. What follows, are Anna’s relentless (and failed) attempts of trying to find her father and reuniting the old family, as she thinks it is. However, there is a plethora of evil plot twists going on in the background, because of the evil mastermind Choi Yoo Jin (the wife of this presidential candidate). Kim Je Ha, an escaped army soldier finds his way into Anna’s life completely by mistake due to a run-in in Italy. A war-veteran soldier with a soft heart, and a weak spot for helpless people, he is one of the most peculiar characters in the drama yet.

Ji Chang Wook, plays Kim Je Ha, the complicated soft-hearted soldier, who is appointed as Anna’s bodyguard. So far, the drama has set forward a huge tumbling around of plots that are like knotted yarn. Everything is connected to something else, and so is every character. That is something, definitely to be expected of an action drama.

What is sublimely beautiful about this drama is it’s level of acting ingenuity that it brings with its brilliant cast. Big names in the industry such as Song Yoon Ah and Cho Seong Ha play the quarreling couple Choi Yoo Jin and Jang Se Joon (the presidential candidate). Their dynamic has already been established as a pretty marriage with a rocky truth, between the four walls of their house. They play-act as the perfect couple in front of the cameras, and destroy each other psychologically and emotionally in real life. The fact that Choi Yoo Jin thinks her husband’s love for her only comes from her control over Anna, is definitely a twisted sort of marriage to have.

This drama is definitely hard to digest for first time drama watchers, because it does not have a happy beginning. Most of what we see of Anna (Yoona) is just running across Italy and crying because of her father/dead mother. It takes great patience to get through this teary cascade of dramatic music and sad family flashbacks, to get to the good bits. 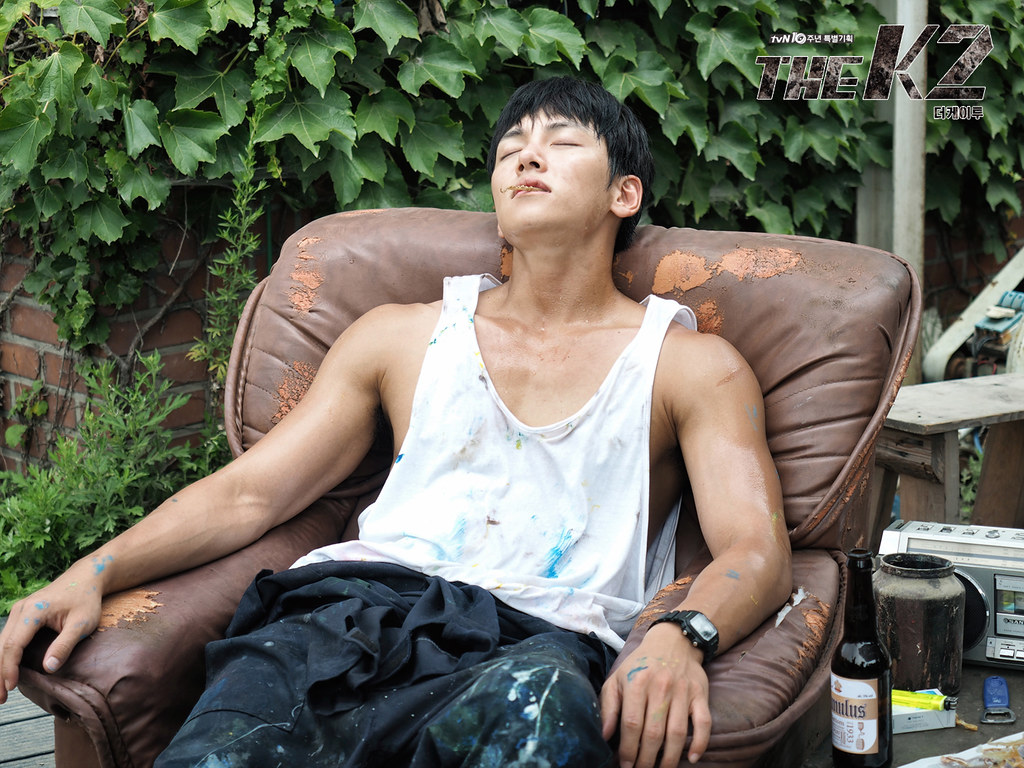 When we say good bits, we mean Kim Je Ha being a brilliant fighter with a tough hard-to-digest story that definitely hits you in the guts. A former soldier-for-hire, he has an interesting introduction to the audience when the head of a security force asks Choi Yoo Jin to call his men back, for fear that they’ll all die at the hands of Je Ha. It is definitely a huge title to match up to, the merciless mercenary. What we see later on, is that Je Ha has a clear apathy for the world, except the helpless creatures in it – like a small kitten or Anna.

One of the cutest scenes we’ve seen so far, is Je Ha sneaking into the house to prepare some ramyun for Anna before she gets out of her bath, as she is known to be sociophobic (we really doubt that one). His considerate nature is definitely swoon-worthy, and Anna’s dance at seeing the ramyun is even more cute!

From what we have seen of this drama, we can assure you that it’s one of the best ones out there in terms of cinematography and action scenes. The drama definitely leaves no stone unturned when it comes to shooting 360 degree angle shots of Je Ha’s highkicks. It’s story is also promising with it’s swift progression, but Anna’s sad family history is something all of us must go through.

We’d give this drama 8/10 and implore all of you to get on this bandwagon.

It’s Ji Chang Wook and Yoona, guys. What are you waiting for?