JYP Rookie Girl Group Twice shall be making an appearance in Weekly Idol on December 9 and the episode promises to be high on entertainment.

The Twice girls turned the studio into a laughter riot zone with their crazy gimmicks and Kkap dance skills. The episode already seems to be garnering much attention with Twice being one of the hottest rookie girl groups this year.

MC Defconn and Special MC Sung-gyu were left baffled with the hilarious antics of the girls. Twice’s Dahyun revealed that she is the “eagle girl” from the South Korean viral video Church Noona’s Eagle Dance from two years ago. She then went on to perform it and brought the house down. Even member Tzuyu performed her rendition of Kkap dance to their debut song OOH AHH quickly transforming into the “eagle girl” later. These girls surely have a lot in store to keep the audience hooked to them.Check the pictures released by Weekly Idol Official Twitter below. 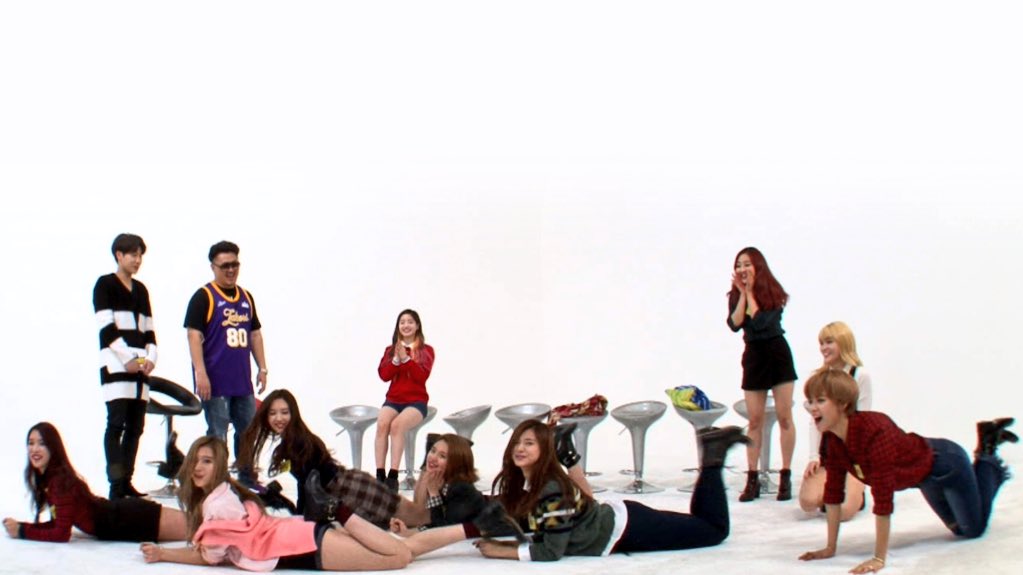 Are you ready for a rendezvous with Twice on Weekly idol on December 9, at 6pm (KST).Check out the preview below.

In the other news, it was reported that Christmas Special of Weekly idol shall be a triple treat in the form of G-Friend, Lovelyz and Twice members making an appearance on the show as featured guests. This upcoming episode with the rookie girl groups shall be airing on December 23rd on MBC Every1.

BTS’ Album ‘Love Yourself: Tear’ Becomes The First K-Pop Album To Debut No.1 On The Billboard Chart!!

DAY6 To Make Their Appearance on “Immortal Song 2”