TS Entertainment‘s seven-member girl group SONAMOO will be making a comeback with on January 9!

On December 21, SONAMOO announced the news with a teaser photo uploaded on their official homepage that says, “When seven moon-lights land on the frozen earth, the new story of Green Moon starts.” 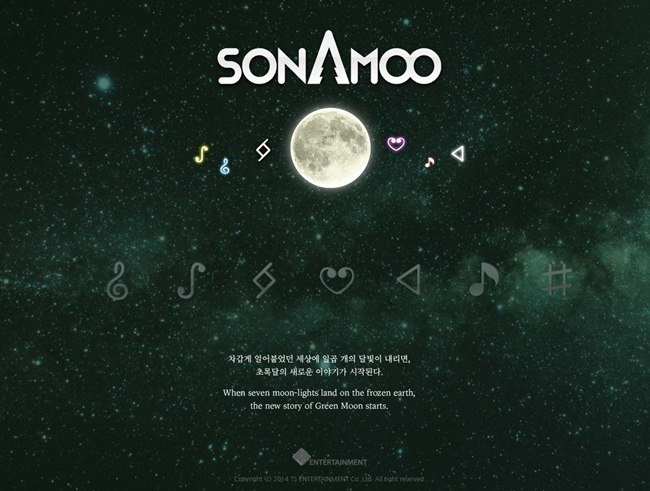 SONAMOO’s new song has been produced by Shin Hyuk, whose previous works include Justin Bieber’s “One Less Lonely Girl,” EXO’s “Growl,” VIXX’s “Voodoo Doll,” SHINee’s “Dream Girl,” and more. Their new single has been described as a dance song much brighter and bouncier than their previous efforts.

SONAMOO’s last comeback was with  “I Like U Too Much” in June earlier this year.

Are you anticipating their comeback?